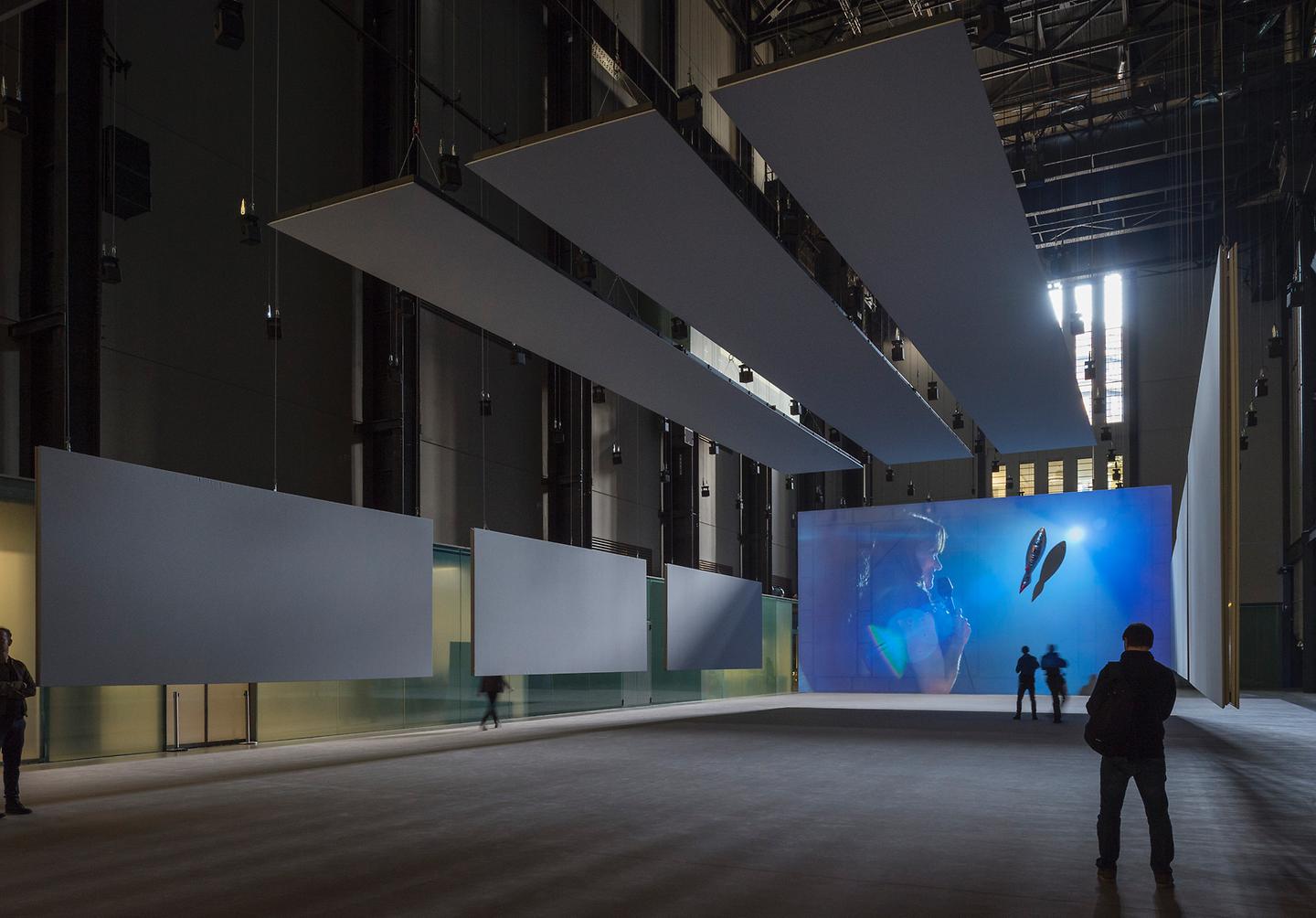 October 3, 2016 – French artist Philippe Parreno has today unveiled Anywhen, transforming the Turbine Hall into an experience that plays with time and space, guiding the public through a constantly changing play of moving elements, different light configurations and sound environments. The work is the second in the Hyundai Commission series, introducing work by renowned international artists.

An artist of international renown, Parreno works across the fields of film, video, sound, sculpture, performance and technology, exploring the borders between reality and fiction. Anywhen furthers his reputation for investigating and redefining the gallery-going experience, bringing the architecture of the Turbine Hall to life.

Wonhong Cho, Executive Vice President of Hyundai Motor Company said, “In this latest commission Philippe Parreno re-imagines the Turbine Hall by establishing an environment that challenges the audiences’ minds. For us, the Hyundai Commission is a way to propose new perspectives on art and offer fascinating experiences. We hope to share our vision with millions of visitors throughout the years of our partnership with Tate.”

Parreno’s Anywhen presents itself as a kind of instrument which performs a series of functions and constructs a sequence of situations. The hall’s lights are controlled and activated as part of this choreography, with an additional moving light casting shadows throughout the hall and a large central ‘marquee’ – a canopy covered in lights – hanging over the Level 1 bridge. Sound is broadcast from various sources, blurring our sense of inside and outside, public and private, natural and technological. Vertical and horizontal acoustic panels, a screen, a grid of speakers and a projector constantly perform in different positions, coming together from time to time to present a film featuring a stage ventriloquist and underwater creatures.

Anywhen is conceived in dialogue with other visual artists and practitioners. The Turner Prize nominee Liam Gillick worked with Philippe Parreno on Another Day With Another Sun, a work which is incorporated into the commission. Tino Seghal and Isabel Lewis worked on the dramaturgy, the sound has been designed by Nicolas Becker with Djengo Hartlap and Cyril Holtz, while actress, comedian and ventriloquist Nina Conti features in the film. During the six months from October 2016 to April 2017, the sequence of events will continue to evolve into a pattern, informed by micro-organisms that will learn to react to and activate elements of the commission through a bio reactor designed by Jean-Baptiste Boulé and Nicolas Desprat.

About the Hyundai Commission
The Hyundai Commission is the pinnacle of an 11-year partnership between Tate and Hyundai Motor - the longest initial commitment from a corporate sponsor in Tate’s history. The initiative will see contemporary artists deliver dramatic experiences to an audience of millions through site-specific installations for Tate Modern’s unique Turbine Hall.

As a first step in building the partnership with Tate, Hyundai Motor supported the acquisition of nine key works by the South Korean artist Nam June Paik (1932-2006), a figure widely recognized to be the founder of video art. In collaboration with Tate, Hyundai Motor is helping to expand the imaginations of artists, curators and audiences, as international artists take on the challenge of interpreting the unique atmosphere of the Turbine Hall.

The series of installations began in October 2015 with Abraham Cruzvillegas’ Empty Lot, a vast sculpture consisting of 240 wooden planters filled with over 23 tonnes of soil from parks and gardens across London. Intended to provoke questions about chance, change and hope, the work came alive with grass, weeds, flowers and other plants that emerged from the soil through the winter months.

About Hyundai Motor’s Art Projects
Hyundai Motor has supported art initiatives by partnering with global museums such as the National Museum of Modern and Contemporary Art, Korea, (MMCA), Tate Modern, and the Los Angeles County Museum of Art (LACMA). The aim is to support the development of the global art scene and contribute to the establishment of a sustainable art environment, delivering inspiration and unique experiences to all areas of the world.

‘MMCA Hyundai Motor Series’ is a long term project between MMCA and Hyundai Motor to foster Korean art. Through the initiative Korean artists gain the opportunity to show their work to its true potential. In 2014, Hyundai Motor announced the unique long-term partnership with Tate to invite international artists to harness the vast scale and unique atmosphere of the Turbine Hall. The partnership with the Los Angeles County Museum of Art (LACMA) reveals ‘The Hyundai Project at LACMA’, a 10-year project (2015–24) that explores two significant fields of Art + Technology and Korean Art Scholarship.

Besides the three long-term museum partnerships, Hyundai Motor and global media group Bloomberg launched a collaborative project ‘Brilliant Ideas’, which realizes a new vision to profile major art personalities to deliver exciting insight. Also, Hyundai has been a Major Sponsor for the Korean Pavilion at the Venice Biennale 2015 and the 20th Biennale of Sydney.

About Philippe Parreno
Philippe Parreno lives and works in Paris, and is represented in several major museum collections, including Tate; MoMA, New York; and the Centre Pompidou, Paris. He has participated in multiple Venice Biennales since the early 1990s and in recent years has exhibited at Hangar Bicocca, Milan (2015); Park Avenue Armory, New York (2015); Palais de Tokyo, Paris (2013); The Garage Centre for Contemporary Culture, Moscow (2013); The Serpentine Gallery, London (2010); and the Centre Pompidou, Paris (2009).

About Hyundai Motor
Established in 1967, Hyundai Motor Company is committed to becoming a lifetime partner in automobiles and beyond. The company leads the Hyundai Motor Group, an innovative business structure capable of circulating resources from molten iron to finished cars. Hyundai Motor has eight manufacturing bases and seven design & technical centers worldwide and in 2015 sold 4.96 million vehicles globally. With more than 110,000 employees worldwide, Hyundai Motor continues to enhance its product line-up with localized models and strives to strengthen its leadership in clean technology, starting with the world’s first mass-produced hydrogen-powered vehicle, ix35 Fuel Cell and IONIQ, the world’s first model with three electrified powertrains in a single body type.

Further information about Hyundai Motor’s global art partnerships and its various activities is available at http://brand.hyundai.com 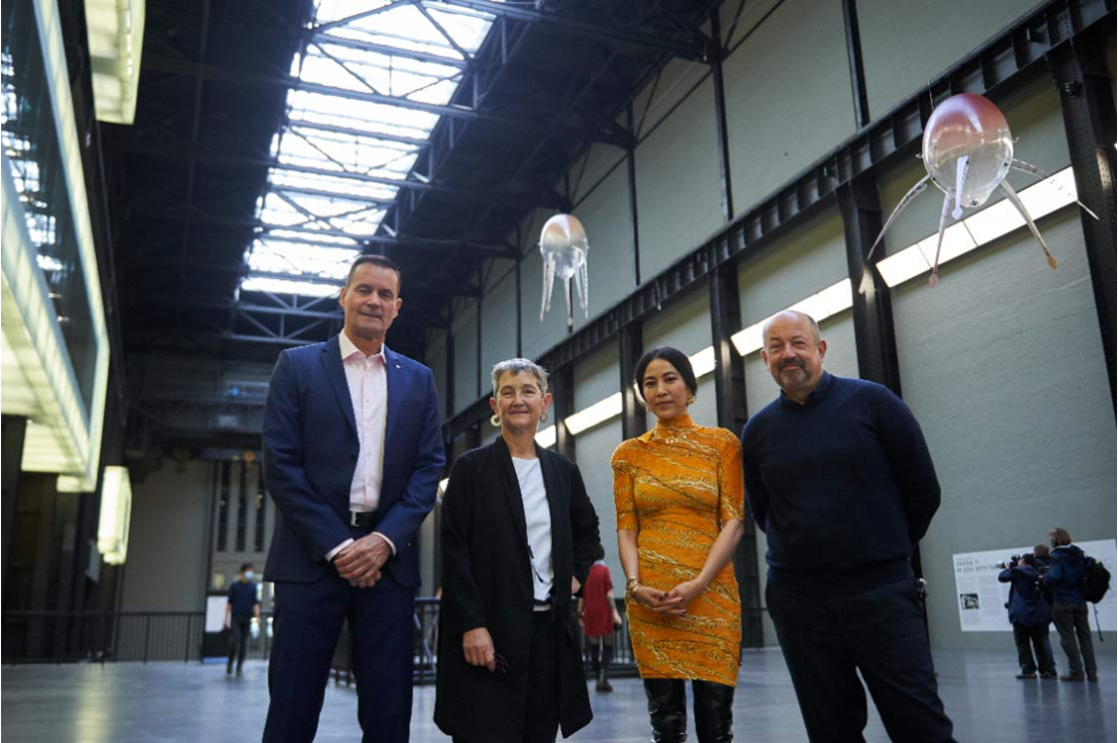 Hyundai Motor and Tate Announce the Opening of the Hyundai Commission: Anicka Yi: In Love With The World 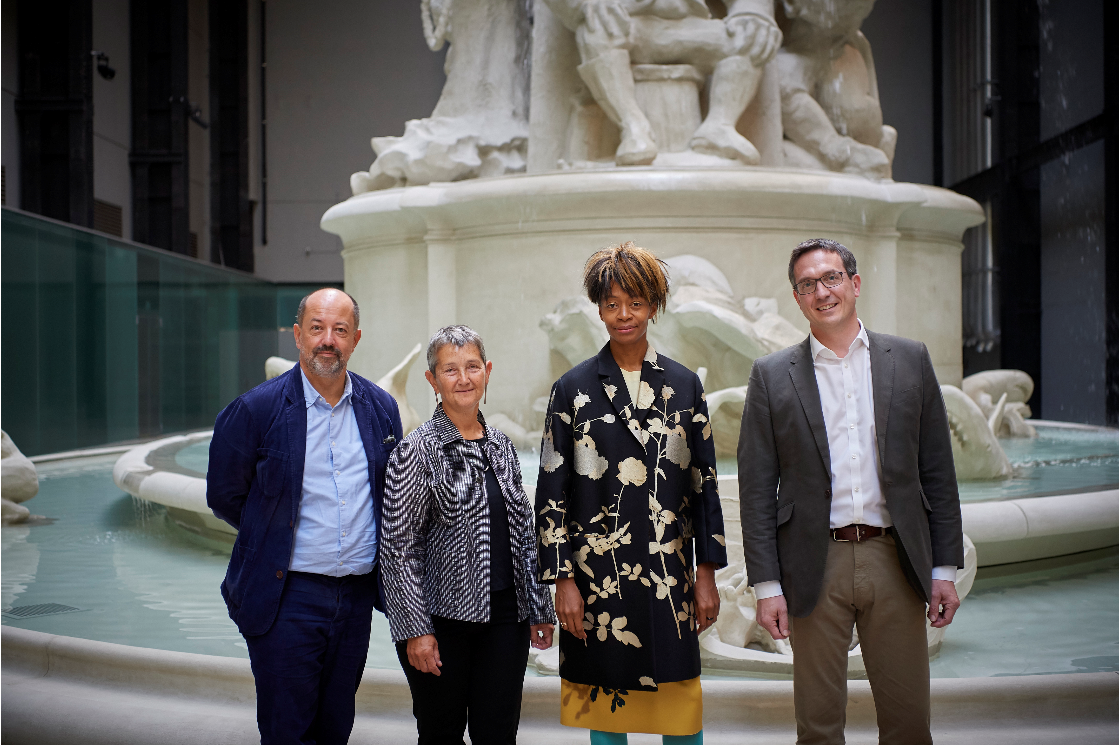 Hyundai Motor, Tate Announce the Opening of the Hyundai Commission by Kara Walker 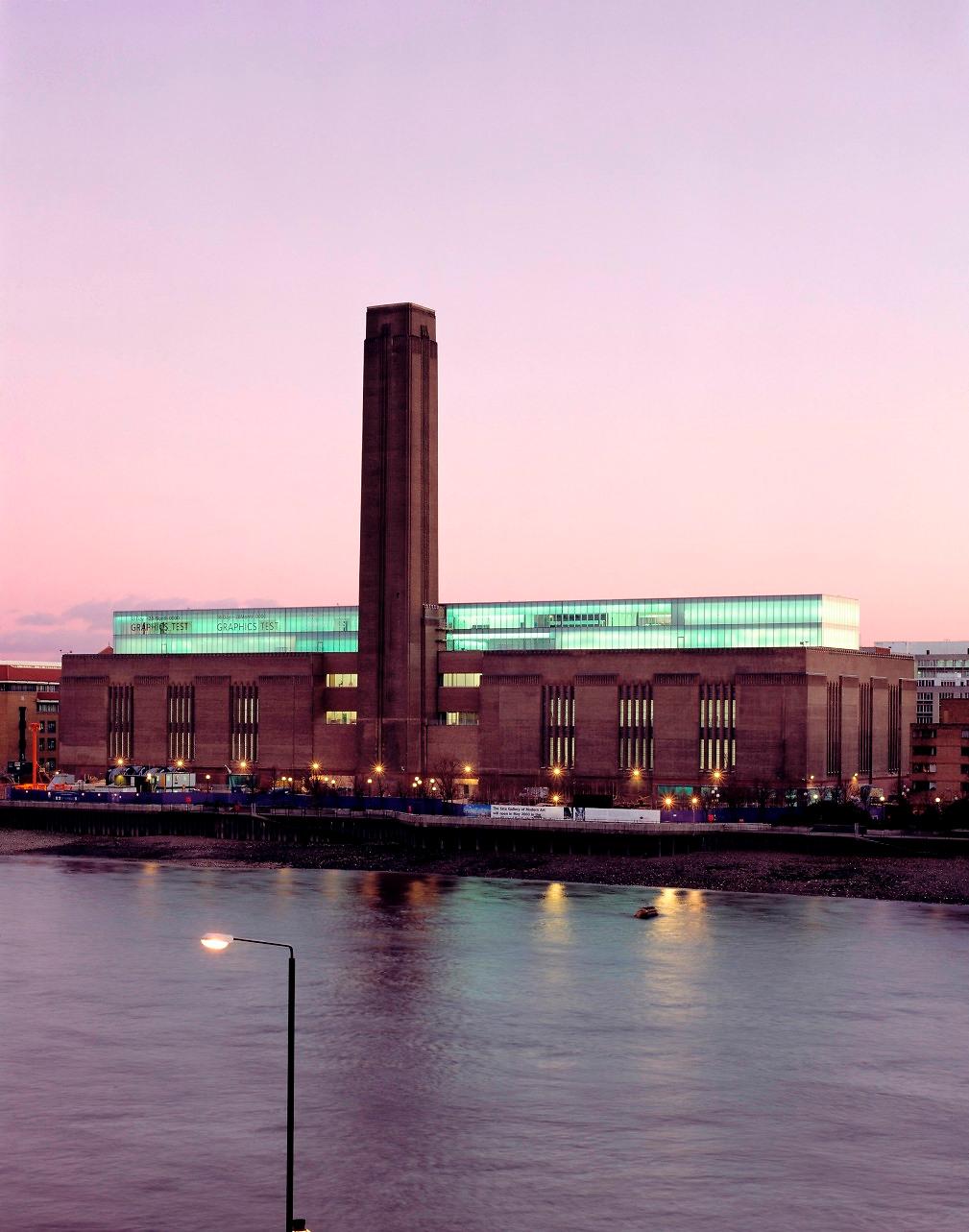