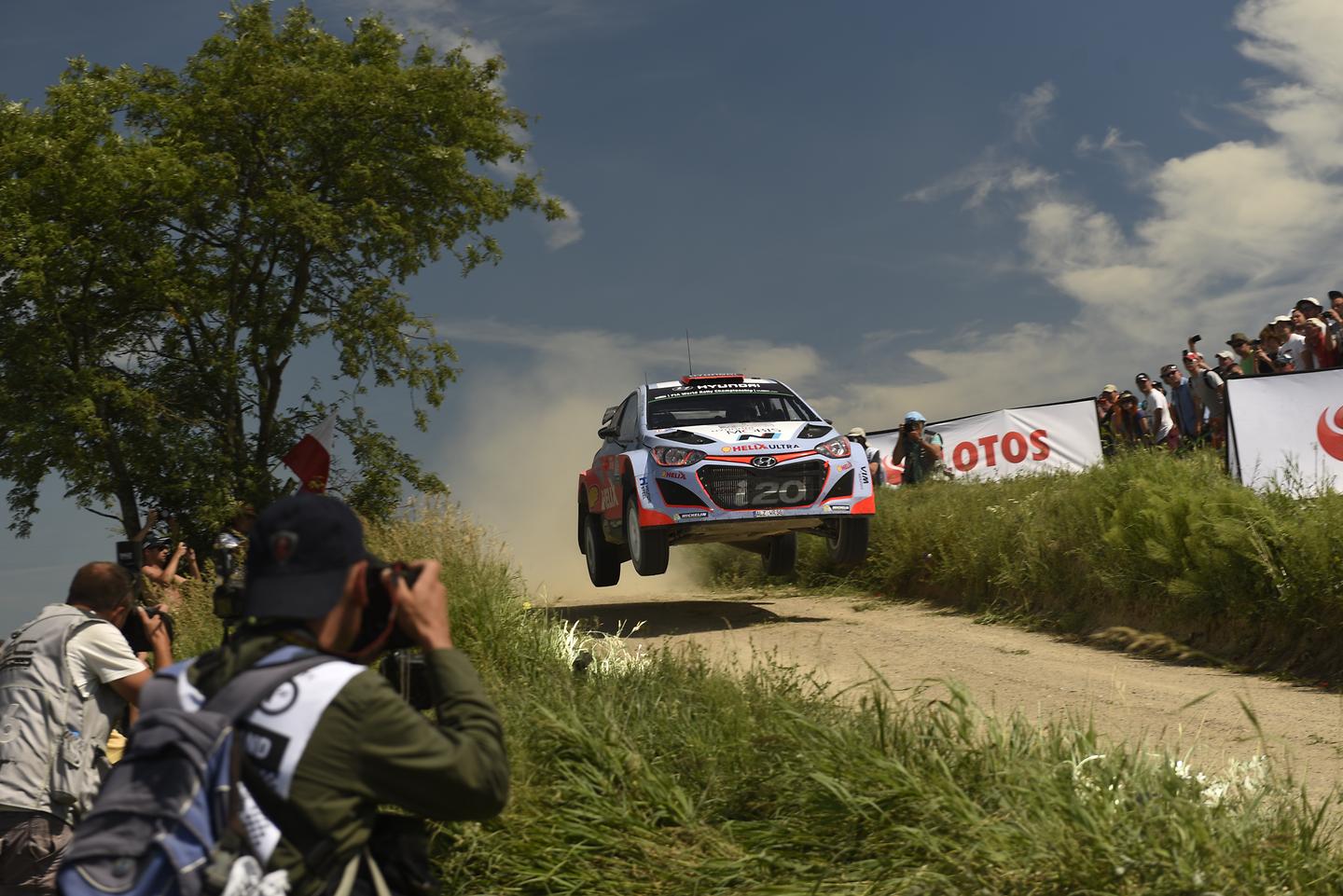 
June 24, 2016 - Following its recent win at Rally Italia Sardegna, Hyundai Motorsport is aiming to continue its competitive run in the 2016 FIA World Rally Championship (WRC) at Rally Poland, the midpoint of the 14-event WRC season.

The team scored its second victory with the New Generation i20 WRC earlier this month when Thierry Neuville took an emphatic win in Sardinia. It marked Hyundai Motorsport’s third WRC victory since it entered the Championship in 2014, and continued the team’s most competitive season so far.

With Sardinia celebrations over, the team has reset its focus on one of the fastest events on the 2016 calendar. Poland is a venue where Hyundai Motorsport has previous success, having secured a podium result in 2014, and a fourth and sixth finish twelve months ago. This year’s rally will include changes to around 33 per cent of the all-gravel route, offering a new challenge for teams and drivers alike.

Team Principal Michel Nandan commented: “Our win in Sardinia was a huge reward for everyone in the team, and we hope to continue this positive momentum in Poland. The New Generation i20 WRC has proven to be a versatile car, competing strongly on different surfaces and in varied conditions. We carried out a pre-event test in Poland last week with Thierry, Dani and Hayden driving over a total of four days. It was a useful opportunity for us to begin establishing the best set-up on the cars ahead of recce and shakedown. It’s a demanding, ultra quick gravel rally, one of the fastest of the season. With so many new sections to this year’s event, we will need to be on top of our game. We took a podium in Poland two years ago, and were close again last season, so the top-three is our target and strong points finished for all three cars.”

It was Neuville (#3 New Generation i20 WRC) and co-driver Nicolas Gilsoul who took the team’s Polish podium in 2014. The Belgian pair will aim to pick up in Poland where they left off in Sardinia, competing at the front of the WRC field.

Neuville said: “I am really looking forward to Poland! It was such a pleasure to win in Italy with the team and really celebrate such an amazing result. We have had some tough times recently, but the victory was a boost in confidence for everyone. In 2014 in Poland we finished on the podium and last year we also had a reasonable run as well. We struggled a bit with the tyre choices but we learnt from it. I think this year, with the New Generation i20 WRC, we’re going to be pretty fast!”

Paddon (#4 New Generation i20 WRC) is hoping to bounce back from two disappointing retirements since his victory in Argentina in April. Along with co-driver John Kennard, Paddon is looking forward to a run of fast rallies where he has a proven track record.

Paddon said: “We’re now going into a series of rallies that I really enjoy. Last year we came fourth and recorded some quick stage times in the 2015 car. We know this year’s New Generation i20 WRC car works very well in fast sections and Poland of course is a very fast rally with a lot of straights. I am really looking forward to it and to putting our previous two rallies behind us. I think we can challenge right up the front, we’ve had a good test and the feeling is really good. We just need to make sure we have a good recce. We are going to push for a good result and give it everything.”

Sordo (#20 New Genertion i20 WRC) and co-driver Marc Martí have been one of the most consistent driver crews in the WRC this year. The Spanish duo’s four consecutive fourth place results have propelled Sordo to second place in the Drivers’ Championship and he is ready to build on it.

Sordo commented: “Rally Poland for me is very, very exciting. It has some really fast sections and a lot of enthusiastic rally fans that come to watch, so it is really nice. There is a good sensation in the car because the roads are fast with crests and some narrow places, it is a great event! To be honest, last year we didn’t have a very good run in Poland - I’m not sure why because it’s a rally I like with lots of fast places. But I have the confidence this year and I will try to get a better result.”

Rally Poland is made up of 21 special stages run over a competitive distance of 306.1km. Just four stages will be the same as in 2015, the Super Special Stage in Mikołajki Arena, Gołdap, ?wi?tajno and Wieliczki, while two (Chmielewo and Stare Juchy) were contested in previous years.

The action starts on Thursday evening in Mikołajki, part of the Masurian Lake District a few hours north of Warsaw, before nine stages on Friday north east of the city. Crews travel further north towards the border of Kaliningrad for three repeated stages and end the day for the third time with the Mikołajki Arena. Sunday is a short 59.6km day featuring the Sady Power Stage.

About Hyundai Motorsport GmbH
Established on 19 December 2012, Hyundai Motorsport GmbH is responsible for Hyundai’s global motorsport activities and primarily for its World Rally Championship programme.  Based in Alzenau on the outskirts of Frankfurt in Germany, the company embarked on its debut season in the FIA World Rally Championship in 2014 with a bespoke team of skilled staff and a brand new car, the Hyundai i20 WRC. The team made a strong impression in its first year claiming podium results in Mexico and Poland, as well as a memorable 1-2 in Germany. In its second season, the team was involved in a closely fought battle for second place in the Manufacturers’ Championship, adding more podiums and stage wins to its tally. For its third season in WRC, Hyundai Motorsport has developed a brand new car, the New Generation i20 WRC, which made its rally debut with a podium finish in Rallye Monte-Carlo in January 2016. The team registered its first win with the new car in Rally Argentina, the fourth round of the season.


Established in 1967, Hyundai Motor Company is committed to becoming a lifetime partner in automobiles and beyond. The company leads the Hyundai Motor Group, an innovative business structure capable of circulating resources from molten iron to finished cars. Hyundai Motor has eight manufacturing bases and seven design & technical centers worldwide and in 2015 sold 4.96 million vehicles globally. With more than 110,000 employees worldwide, Hyundai Motor continues to enhance its product line-up with localised models and strives to strengthen its leadership in clean technology, starting with the world’s first mass-produced hydrogen-powered vehicle, Tucson Fuel Cell and IONIQ, the world’s first model with three electrified powertrains.

More information about Hyundai Motor and its products can be found at: http://worldwide.hyundai.com or http://globalpr.hyundai.com/

To download high-resolution photos for editorial use and complete press information about the WRC and Customer Racing projects, please refer to: 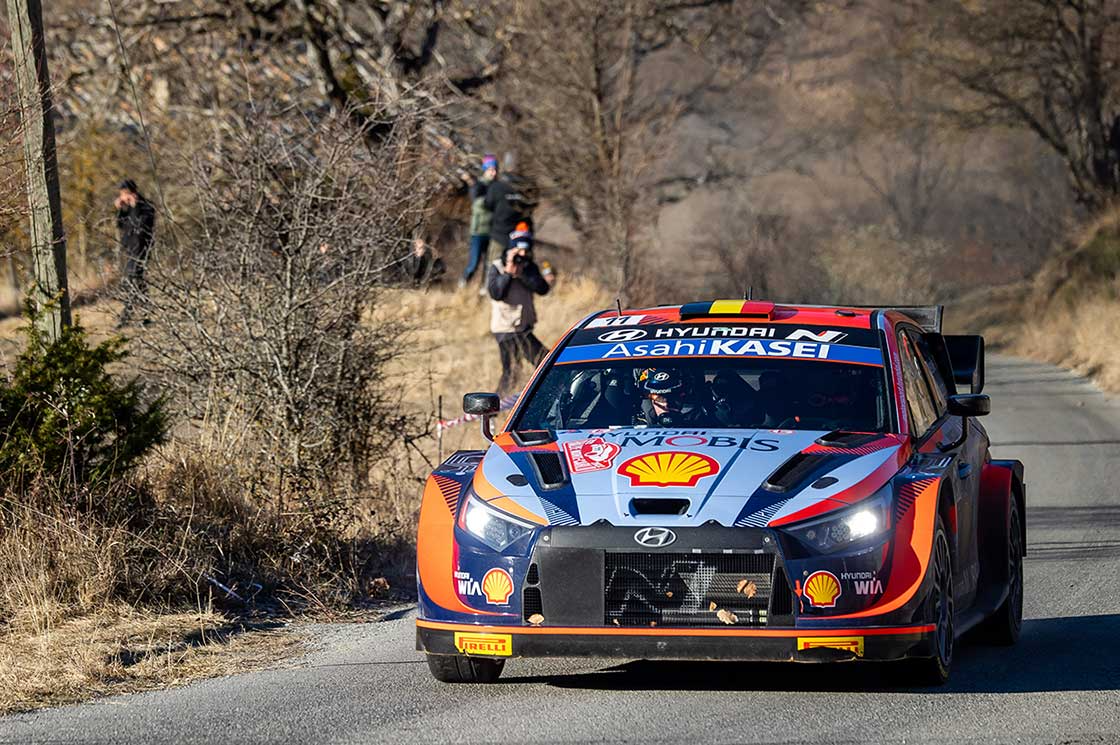 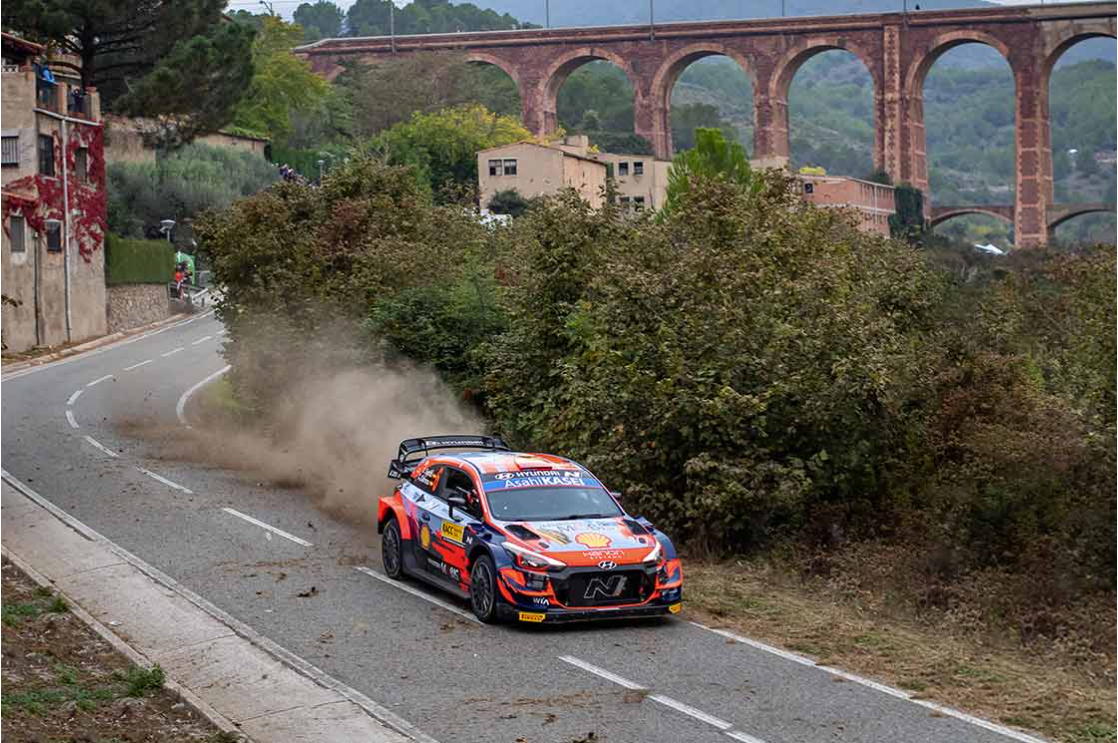 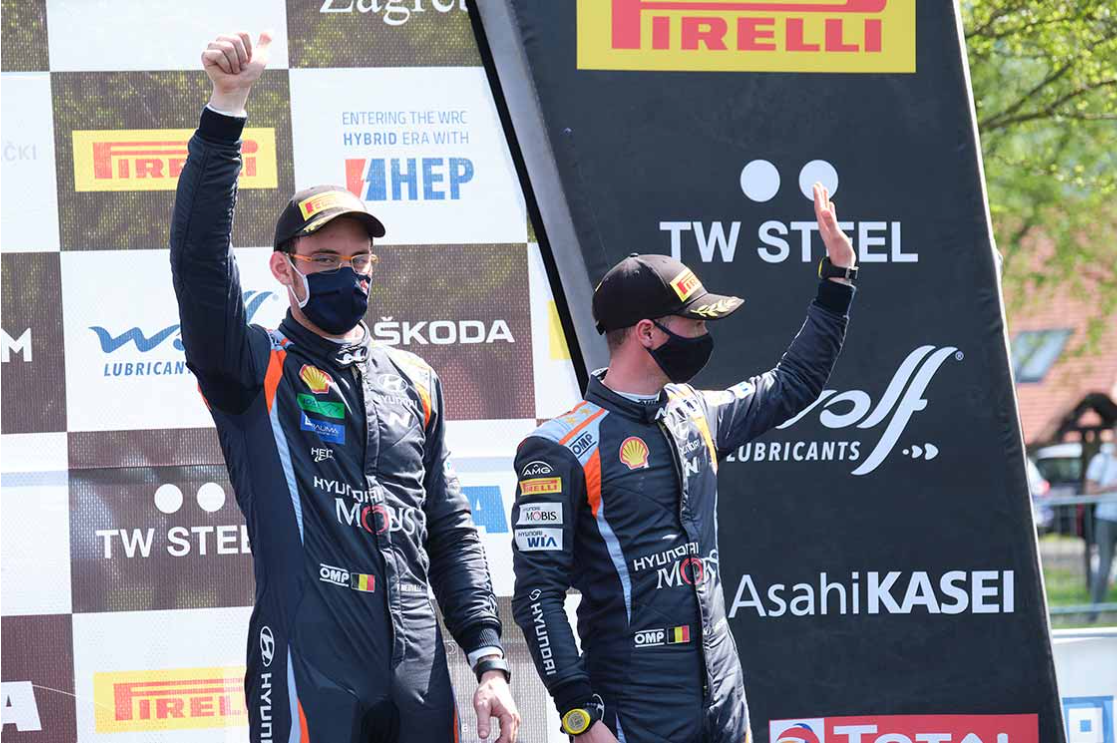 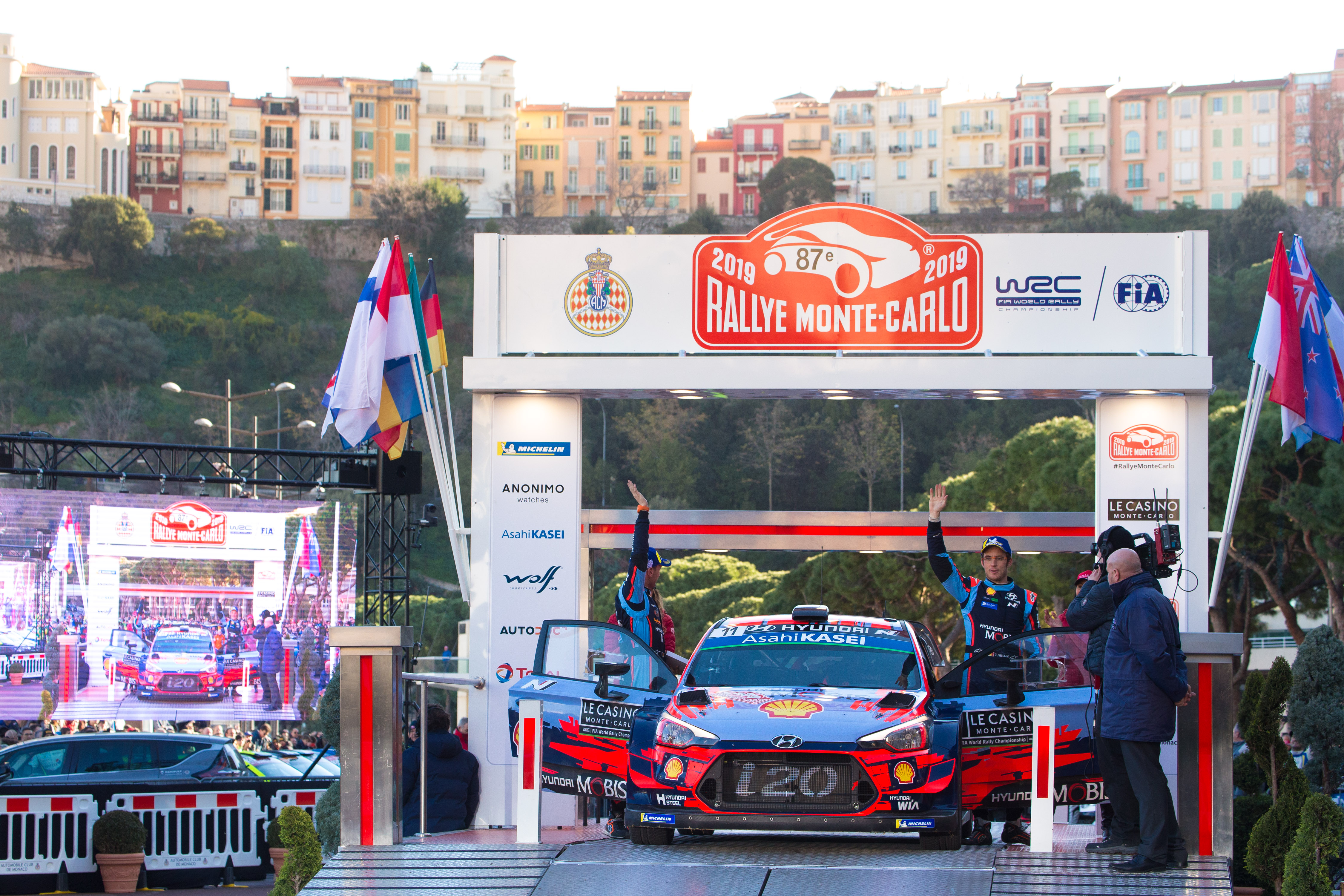 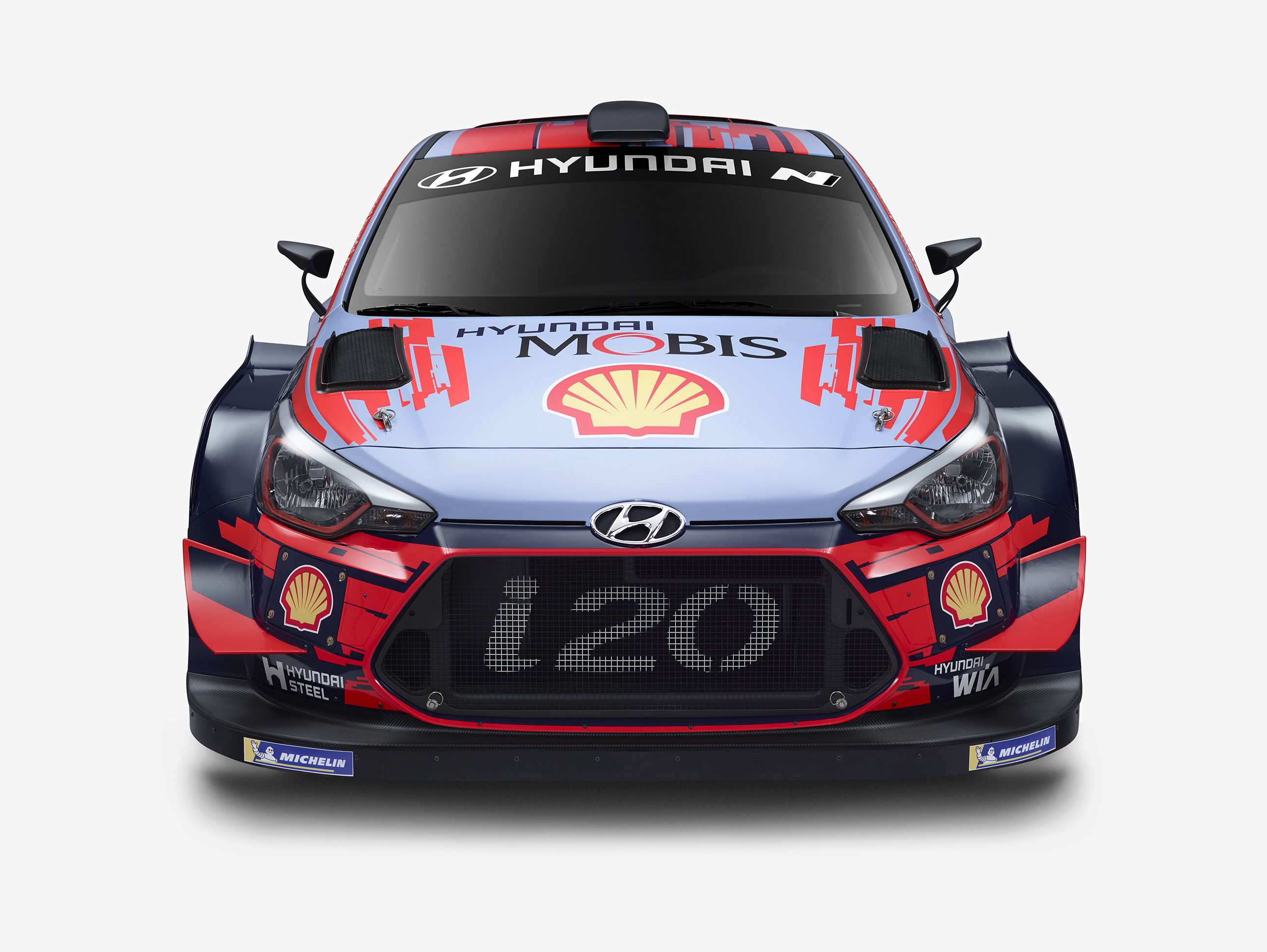 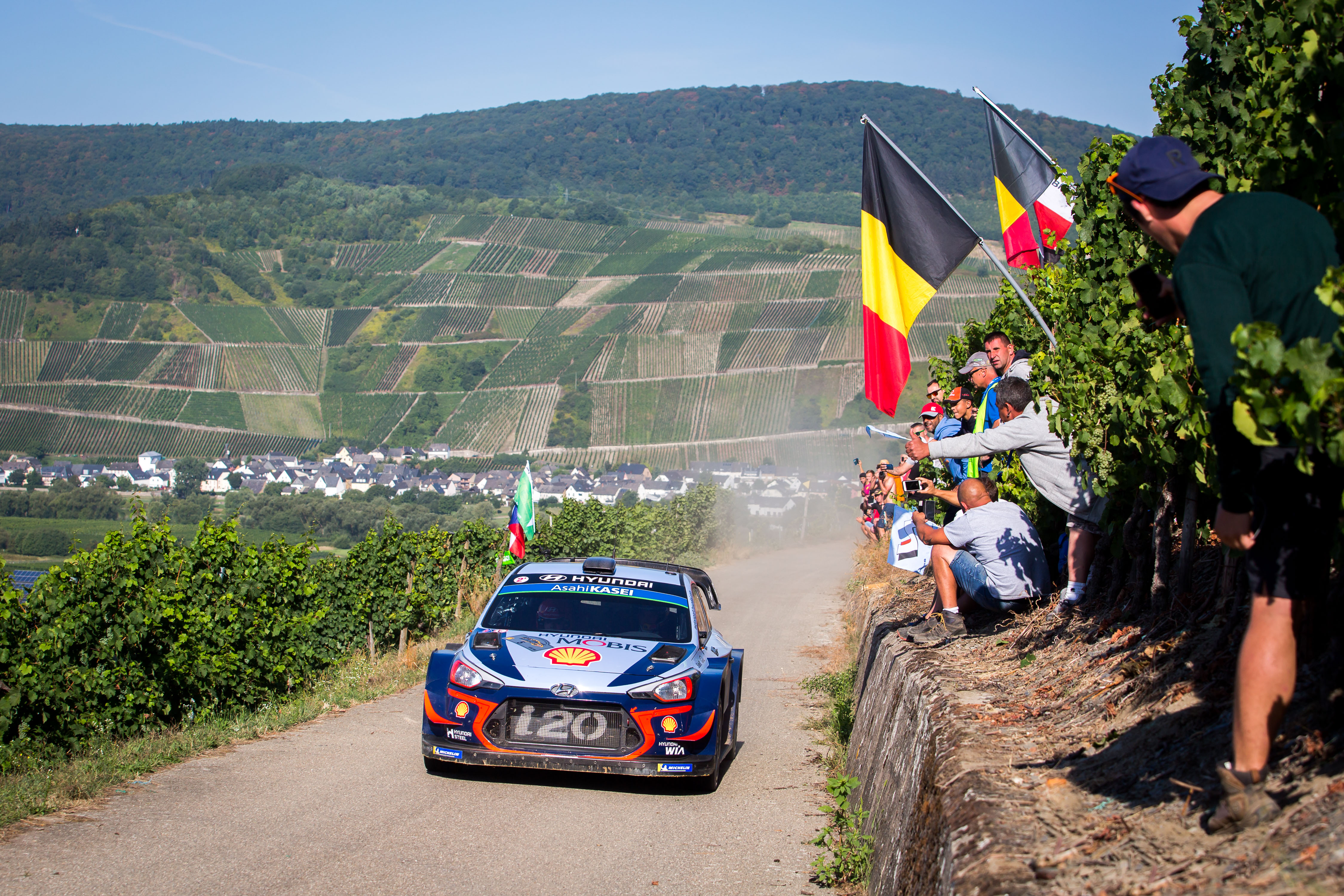 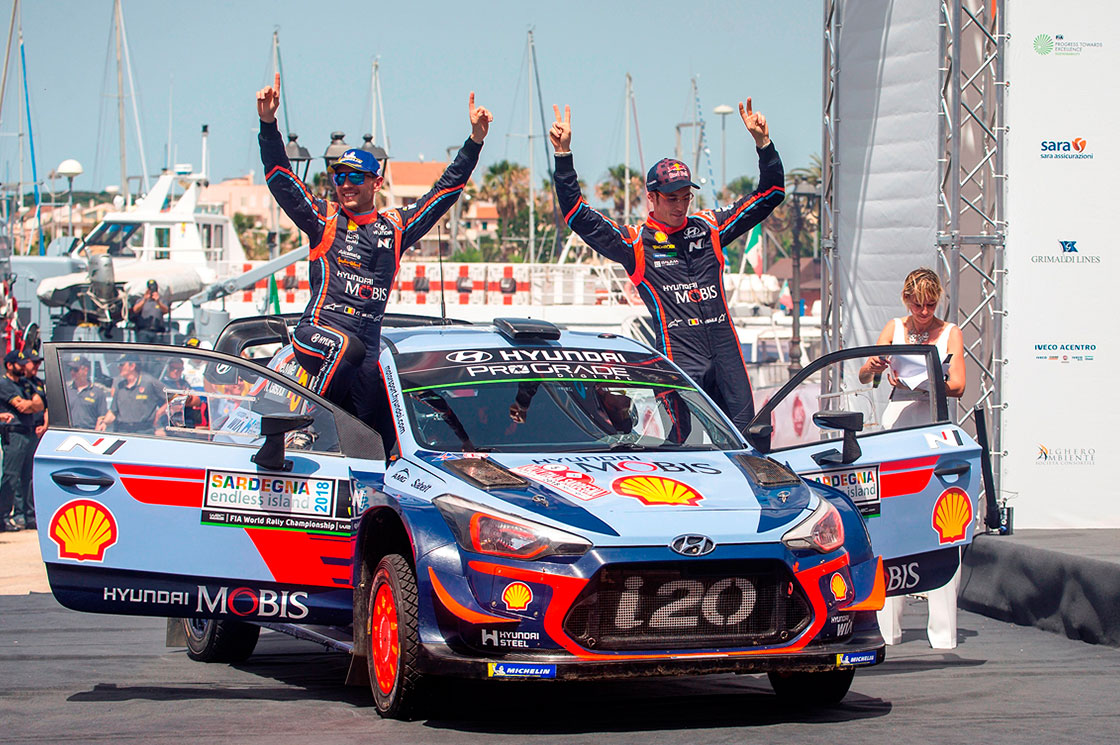 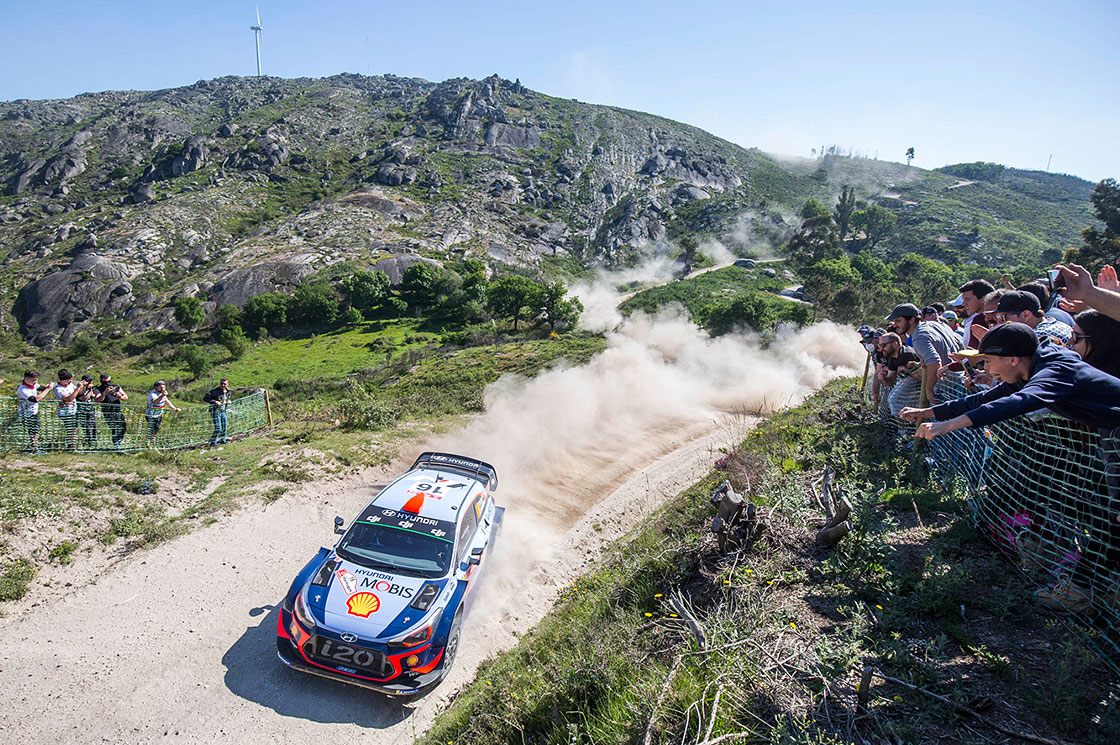 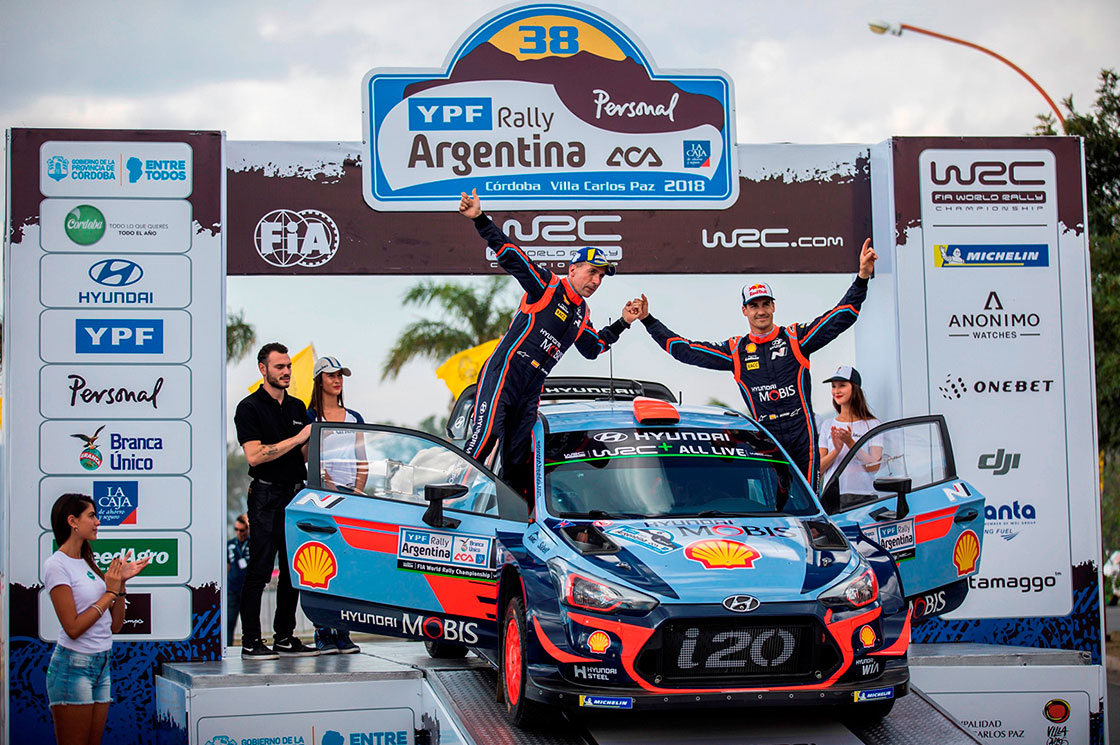