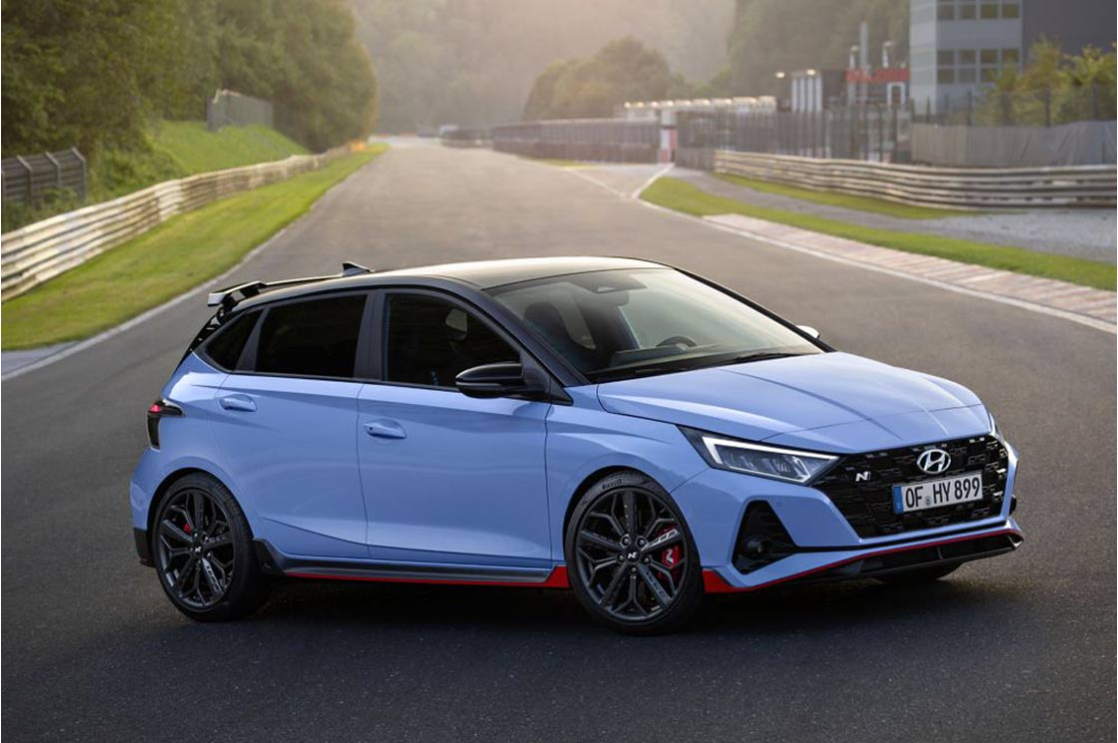 Offenbach, 13 October 2021 – The Hyundai i20 N was named the 2021 champion of Top Gear’s Speed Week after demonstrating the best performance from a group of 26 high-performance models. Speed Week took place over several days at Top Gear’s Dunsfold test track, where the hot hatch outperformed its competitors in a series of exhaustive tests.

The contenders of Speed Week 2021 were sporty models from some of the world’s most performance-oriented brands. The competition included lightweight two-seat sports cars, hybrid models boasting 1,000 PS, and fully-electric sports coupés.

Following the preliminary evaluations, the five models that were deemed the most fun to drive competed in a shootout on the roads of Exmoor National Park in the UK. Ultimately, the judges, including Top Gear’s expert editorial team, British automotive journalist Chris Harris, and the Top Gear character The Stig, crowned the i20 N champion. Although the hot hatch was the most affordable contender at Speed Week 2021, the i20 N still stood out thanks to its thrilling handling coupled with its rounding abilities.

“Every year, we assemble the most ridiculous collection of fast cars launched in the past 12 months. We call it Speed Week to do justice to the sprawling, multi-day itinerary and logistical minefield of our own making,” said Jack Rix, Editor of Top Gear Magazine. “Speed Week is always full of surprises. What we weren’t expecting was the most affordable car here to mount such a surge through the field for a thoroughly deserved victory. But there’s a keenness to the i20 N, backed up by huge ability and real dynamic polish that makes it something of a standout, not just among its peers, but among the whole spectrum of Speed Week.”

i20 N: the smallest but a powerful N model

The all-new i20 N combines the success of the i20 with the sporty and fun-to-drive spirit of Hyundai N. With its beginnings tracing back to motorsport, Hyundai N’s latest hot hatch takes inspiration and borrows engineering values from the multi-rally-winning i20 WRC rally car. The i20 N’s high-performance character delivers an exceptional driving experience on both the racetrack and motorways.

Despite it being the smallest N model, the i20 N’s motorsport-inspired styling alludes to its powerful potential. Hyundai’s second hot hatch delivers a class-leading power-to-weight ratio of 171 PS per tonne for more agile handling and an immersive driving experience. The five-door hatchback is also equipped with state-of-the-art connectivity and infotainment technology and advanced safety features.

“Just like all our Hyundai N models, we engineered the i20 N to deliver a thrilling driving experience on the racetrack, reliability on the motorways and everyday usability. It was challenging, but we succeeded in creating a high-performance hatchback at an accessible price,” said Andreas-Christoph Hofmann, Vice President of Marketing & Product at Hyundai Motor Europe. “The i20 N outperformed the competition in one of the industry’s most challenging performance tests and was crowned the overall champion of Top Gear’s Speed Week. We are very proud to see that Hyundai has earned its rank among the top performance car brands.”

Hyundai Motor Europe HQ was formally established in 2000 with its main office in Offenbach, Germany. It is the regional headquarter responsible for over 40 markets with more than 3,000 outlets, taking a 3.6 percent market share in 2020 (ACEA data). 75 percent of the vehicles Hyundai sold in the region are models designed, engineered, tested and built in Europe to meet the needs of European customers, served by the company’s extensive European infrastructure. This includes two factories primarily serving Europe: in the Czech Republic and Turkey.

As of January 2021, Hyundai has one of the youngest product ranges of any manufacturer, with almost all models younger than 1 ½ years old. More than 75 percent of Hyundai’s line-up in Europe is now available as an electrified version, and the company plans to electrify its entire European line-up by 2025. Furthermore, Hyundai is a pioneer in zero-emission mobility, including its fully-electric subcompact SUV KONA Electric, its second-generation fuel cell electric vehicle NEXO, and the recently-launched battery-electric IONIQ 5, the first model in its new IONIQ line-up brand. In 2020, more than 13 percent of Hyundai cars sold in Europe, or nearly 60,000 units, were zero-emission vehicles, making Hyundai one of the leading manufacturers in terms of fleet share as well as total sales of zero-emission vehicles in Europe.

Hyundai offers its unique Five Year Unlimited Mileage Warranty package with all new cars sold in the region, providing customers with a five-year warranty with no mileage limit, five years of roadside assistance and five years of vehicle health checks.

More information about Hyundai Motor Europe HQ and its products is available at www.hyundai.news.

Established in 1967, Hyundai Motor Company is present in over 200 countries with more than 120,000 employees dedicated to tackling real-world mobility challenges around the globe. Based on the brand vision ‘Progress for Humanity,' Hyundai Motor is accelerating its transformation into a Smart Mobility Solution Provider. The company invests in advanced technologies such as robotics and Urban Air Mobility (UAM) to bring about revolutionary mobility solutions, while pursuing open innovation to introduce future mobility services. In pursuit of sustainable future for the world, Hyundai will continue its efforts to introduce zero emission vehicles equipped with industry-leading hydrogen fuel cell and EV technologies. 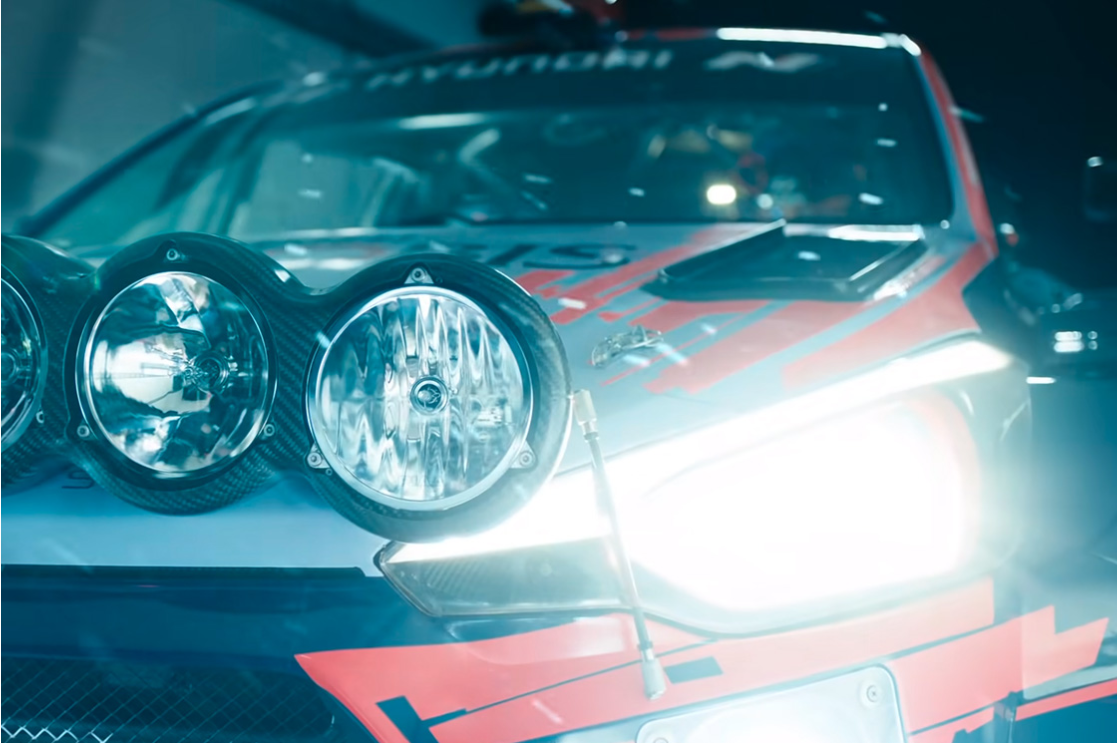