For the fourth VH AWARD, the Group has expanded the scope of the award, from including only South Korean artists to all Asian artists whose artwork concerns the context and future of Asia as well as examining current issues such as the relationship between humans and AI and the effects of climate change.

“At Hyundai Motor Group, we believe art empowers our understanding about the future of humanity and connects us across time, space and cultural boundaries. Throughout history, art has continuously evolved in various forms and media art — a combination of art and technology — has been recognized as the ‘future of art’ ”, said Doo Eun Choi, Art Director of Hyundai Motor. “In the context of Hyundai Motor Group’s vision ‘Together for a Better Future,’ the VH AWARD will be firmly positioned as Asia’s leading award for those of Asian media artists to experiment and share their ideas with the global audience.”

The five finalists will participate in an online residency program with Eyebeam, an art and technology center in New York City that enables people to think creatively and critically about technology’s effect on society, with the mission of revealing new paths toward a better future for all. Through the program, the finalists will be able to present their works through various global platforms. The online residency program includes professional development sessions and regular mentorship meetings with globally renowned art experts, and an online screening event to engage with global audiences.

“This unique collaboration opens up new potential for Eyebeam to support an international community of groundbreaking Asian artists. We look forward to working with them in developing projects that push the field of time-based media in exciting new directions,” said Roderick Schrock, Curator and Executive Director of Eyebeam.

The winner of the fourth VH AWARD will receive the Grand Prix as well as the opportunity to exhibit and screen their winning work across various global platforms along with other shortlisted artists. The Grand Prix ceremony will take place at the end of 2021.

The artworks by the five shortlisted artists for the fourth VH AWARD will continue to be evaluated by the jury that includes Sook-kyung Lee, Senior Curator at Tate Modern; Christopher Phillips, independent curator and critic; Aaron Seeto, Director of Museum MACAN; June Yap, Director, Curatorial, Collections and Programmes of Singapore Art Museum; and Roderick Schrock of Eyebeam.

“The jury was impressed by the great diversity and overall quality of applications, which made the selection process quite difficult at times. The shortlisted proposals range from the cinematic and the performative to highly complex programming and inventive software employment. Artistic innovation, criticality and individuality will be the main criteria for the next stage,” said the jury in a joint statement. “The broadening of the scope from South Korea to more fully encompass the Asian context across continents marks an important step for the VH AWARD, encouraging a more critical and comparative view of media practices and interests on a transnational level.”

Doreen Wing Yan Chan (b. 1987, Hong Kong, China) is an artist with training in visual communication and photography who was raised in Hong Kong and currently lives and works in Chicago, IL, USA. Her practice investigates personal perception, materiality and ‘daily details that are often overlooked.’ Her VH AWARD proposal is Half Dream (2021), a participatory art project that connects participants via their subconscious and common dreams conducted on a dedicated artificial intelligence platform. Chan has been the subject of solo exhibitions at Lianzhou Foto Festival 2013 in Lianzhou, China (2013); Kigoja: Independent Arts Space Initiative, Seoul, South Korea (2017); Charbon art space, Hong Kong (2018); and HB Station Contemporary Art Research Centre, Guangzhou, China (2019). She has also exhibited her work in Beijing, China; Gwangju, South Korea; Macau; Hong Kong; New York; and several cities in the UK. Chan was a finalist for the Three Shadows Photography Award 2015, a recipient of the 2019 Art Sanya Huayu Youth Award and a Cultured Magazine Young Artist 2021. She is currently earning her M.A. from the School of the Art Institute of Chicago.

Lawrence Lek陆明龙 (b. 1982, Frankfurt) is a London-based multimedia artist who unifies diverse practices into a continuously expanding cinematic universe. He uses video game software and CGI animation to develop digital environments as ‘three dimensional collages of found objects and situations.’ By rendering real places within fictional scenarios, his digital environments reflect the impact of the virtual on our perception of reality. His VH AWARD proposal, Black Cloud, (2021) is the culmination of an ongoing body of work that explores the geopolitical implications of AI to bridge between popular culture and critical discussions on technology. His works include Sinofuturism (1839-2046 AD) (2016), Geomancer (2017), 2065 (2018) and Nøtel, in collaboration with electronic musician Kode9 (2019). His debut feature film AIDOL was selected for Moscow International Experimental Film Festival, International Film Festival Rotterdam and at transmediale 2020 festival at Volksbühne, Berlin. Lek composes soundtracks and conducts audio-visual mixes of his films, often incorporating live playthroughs of his open-world video games. Soundtrack releases include Temple OST (The Vinyl Factory, 2020) and AIDOL OST (Hyperdub, 2020). Performances include Doom at Somerset House, London (curated by Christian Marclay) and ProGeo, ICA, London. He received his B.A. from Trinity College, University of Cambridge in 2004 and earned his AA Diploma from the Architectural Association, London in 2008. He holds a Master of Architecture II from the Cooper Union, New York, NY and is a PhD candidate in Machine Learning for Film at the Royal College of Art, London.

Paribartana Mohanty (b. 1982, Orissa, India) is a New Delhi artist who trained in painting and works in video. He is interested in how algorithmic networking, digitalization, data mining, accumulation, access and dissemination shapes public perception and opinion about natural calamities, especially among marginal communities. For his VH AWARD, he will explore how visual simulations, digital graphics, special effects, tagging and tracing is ‘manufacturing a new common aesthetic and affecting the ‘solidarity’ debate around ecological issues.’ He proposes an Odia language (southeastern coastal India) environmental online science fiction series spread through social media that responds to Malika, one of the earliest books on the subject in Odia language. He has been the subject of recent solo exhibitions, including Trees are Stranger Than Alien in the Movies (2018) and Kino is the Name of a Forest (2012), both Vadehra Art Gallery, New Delhi, India, and has been included in numerous group exhibitions and film festivals. Mohanty has also been the recipient of many residencies, scholarships, fellowships, awards and workshops, including an Emerging Artist Award, Foundation of Indian Contemporary Art, New Delhi (2010); a Skowhegan Artist Residency, Skowhegan School Of Painting & Sculpture, New York. USA (2016); and an Onassis Artist in Residency, Onassis Foundation, Athens (2019). He earned his B.A. at Dhauli College of Art and Craft, Odisha, India in 2004 and his M.A. at the National Museum Institute, New Delhi, India in 2006.

Jungwon Seo (b. 1988, Seoul, Korea) lives and works in Seoul, Korea. A multidisciplinary artist interested in the ‘repercussions of the pandemic as extending beyond the phenomenal quality of a virus-borne disaster and as forming the markings that announce the advent of a new world,’ her practice encompasses acrylic and oil painting, video and installation. Her proposed VH AWARD work is a video that explores ‘an era of disconnect and isolation brought on by the spread of the virus’ with AI as ‘the single most influential agent of social change in the next 50 years.’ She was recently the subject of a solo exhibition For God is Love (2016) at Sinsang Gallery, Seoul, Korea. She has also been included in group exhibitions, including fairs and festivals in China and Korea. She studied at Colorado State University, earned a B.A. at Kyunghee University in 2013, and is currently earning her M.F.A from Hongik University, Fine Art.

Syaura Qotrunadha (b. 1992, Mataram, Indonesia). Her practice is informed by a belief that ‘Asia’s future of technology advancement is never apart from the human needs and beliefs who live in it’ and that it is ‘necessary to search for the intersections between humanity and technology.’ Her VH AWARD proposal, Fluidity of Future Machines (2021) is a video collage consisting of footage and visual archives presented with a performative proposition and explores the relationship between water and living creatures’ migration, speculating the future of human nature. She was included in group exhibitions: Cur(e)ating the Earth, Shifting the Center (2020); Biennale Jogja, Karya Normal Baru, Yogyakarta, Indonesia; MANIFESTO VII Pandemi (2020), National Gallery of Indonesia, Jakarta, Indonesia; and Pause, Rewind, Forward #2 (2021) at Kiniko Art, Yogyakarta, Indonesia. Her work has been published in Piggy Bankruptcy (2019) and the book LOKANANTA (2016). She earned her B.A. at the Indonesian Institute of the Arts Yogyakarta in 2017.

Hyundai Motor Group is a global enterprise that has created a value chain based on mobility, steel, and construction, as well as logistics, finance, IT, and service.

With about 250,000 employees worldwide, the Group's mobility brands include Hyundai, Kia, and Genesis.

Armed with creative thinking, cooperative communication and the will to take on any challenges, we strive to create a better future for all.

Disclaimer: Hyundai Motor Group believes the information contained herein to be accurate at the time of release. However, the company may upload new or updated information if required and assumes that it is not liable for the accuracy of any information interpreted and used by the reader. 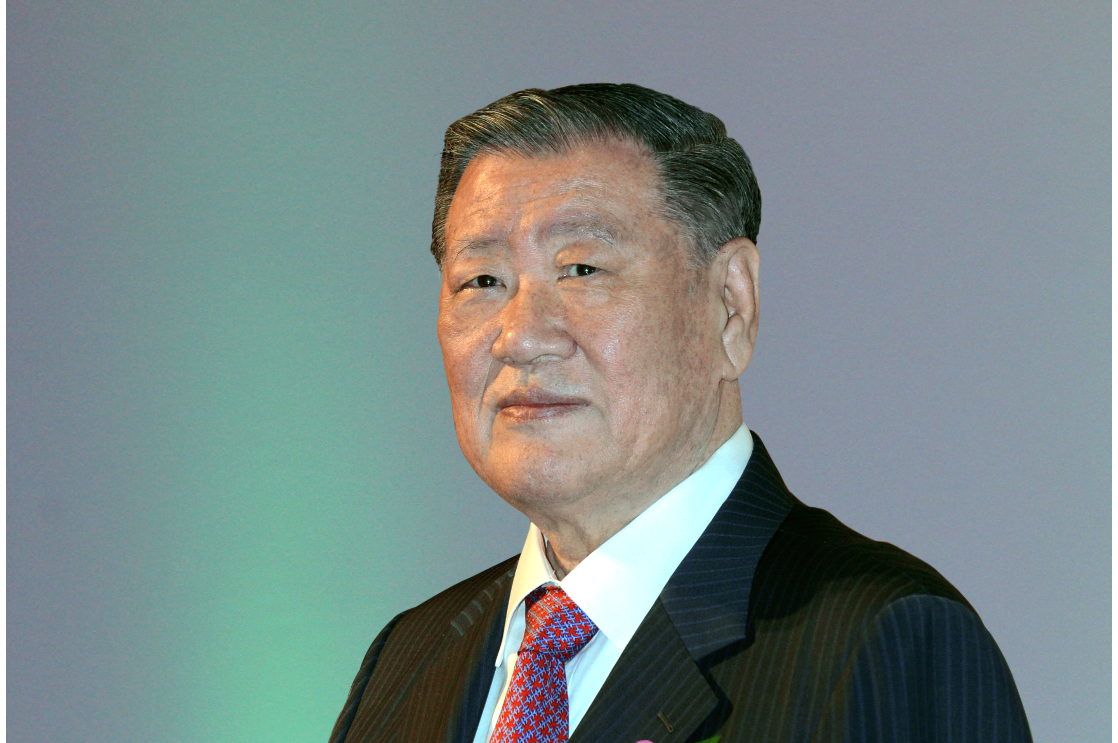